After the Junior Tour of North West, I competed in another club ten mile time trial, beating the woman's record with a 23.30. This record had been held since 2009 so I was happy with my efforts. It’s again a massive thanks to you. If you didn’t message me in 2019 to sponsor my racesuit there’s a good chance I wouldn’t have carried on with time trailing and since then I’ve revived two top ten national results in time trials.

After this, I was then getting ready for the Junior tour of Wales. Unfortunately, this was cancelled due to lack of numbers. Knowing this, I entered the penultimate woman's National Road Race hoping to have one last road race but had my first DNF stopping after the second lap due to some breathing issues. This was a bit of a blow but only reminded me how much I wanted to do well.

I’m now back up training after having a rest period and looking at competing in some of the local cross races. 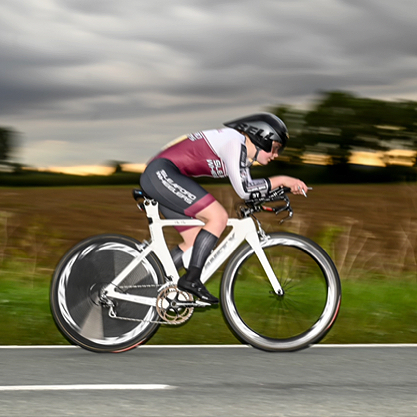